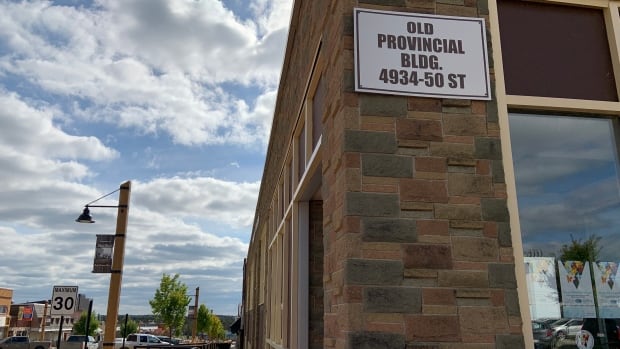 Nonprofits that work in Alberta government buildings will face rent increases of tens of thousands of dollars when a new provincial policy takes effect next year.

The Non-Government User Space Policy, which takes effect April 1, will end Alberta’s long-standing practice of allowing nonprofits to enter into leases at no cost to them. operate in government buildings.

The new rents range from cost recovery for nonprofit groups that do government work and are sponsored by a specific ministry, to full market rates for organizations that do not have the direct support of a provincial ministry.

The change will be particularly difficult for 13 community-based rural adult learning programs, which – at little or no cost – help people read, write, count, basic English, workplace skills and write a curriculum. vitae to help them find employment.

The programs exist in cities like Bashaw, Edson, Taber, Wetaskiwin, Rimbey and Ponoka.

The programs are sponsored and funded by Alberta Advanced Education and are therefore eligible for rent to cover the costs of heating, water and electricity.

In March, the executive directors of the 13 programs wrote a letter to Minister of Infrastructure Prasad Panda urging him to reconsider his decision. They said the rent increase would be “debilitating” as there are few sources of government funding in rural Alberta.

“This new measure will further dilute existing supports and services, which in turn will marginalize rural Albertans, industries and local communities,” the letter said.

The program in Hanna, about 215 kilometers northeast of Calgary, will increase from zero to over $ 50,000 per year starting in April, said Doray Veno, executive director of the Hanna Learning Center.

â€œThis amount of money is so important to our small nonprofits,â€ said Veno. “In the Alberta provincial budget scheme, I know it won’t make a significant difference. But the impacts that it’s going to have in rural Alberta, I think, are huge.”

The Rocky Learning Center at Rocky Mountain House, approximately 215 kilometers southwest of Edmonton, is operated under a free lease in the old provincial building in the downtown area.

In January, the center was informed by Alberta Infrastructure that its new annual rent would be $ 82,000, said CEO Jana Thomson.

Thomson said his organization offered to pay $ 2,000 per month, but the offer was not accepted by government officials.

The center is now weighing whether it should give up space to reduce its rent to about $ 40,000 a year, relocate, or consider other tough choices.

The organization subsidizes the full or partial cost of a course for students who cannot afford to pay.

â€œEither option always means we have to cut staff or allocate costs to our students,â€ she said.

An Alberta Infrastructure official said the policy would level the playing field on rents paid by organizations using government space.

In the current system, similar types of organizations have very different rental contracts.

“This policy ensures that there is a transparent process for determining who gets the rented space and rental rates for different types of users,” said Hadyn Place, Panda’s press officer.

Place said two of the 13 organizations had seen their rents cut under the new system.

The government is trying to implement the changes gradually to give nonprofits time to adjust, he said, but Veno suggested that was easier said than done.

The centre’s current location in the Hanna Provincial Court building is central, accessible to people with disabilities and easily accessible by people who do not have a vehicle, Veno said.

Veno is urging the government to rethink the policy, especially with regard to rural areas that do not have a surplus of commercial space to rent.

Thomson said there would be a big hole in Rocky Mountain House if high rents forced nonprofits out.

â€œWe are a hub for a lot of people in our community,â€ said Thomson. “It will be a large, empty building in the middle of downtown Rocky Mountain House.”

Realtimecampaign.com explores the law on tenant owners: knowing your rights and obligations